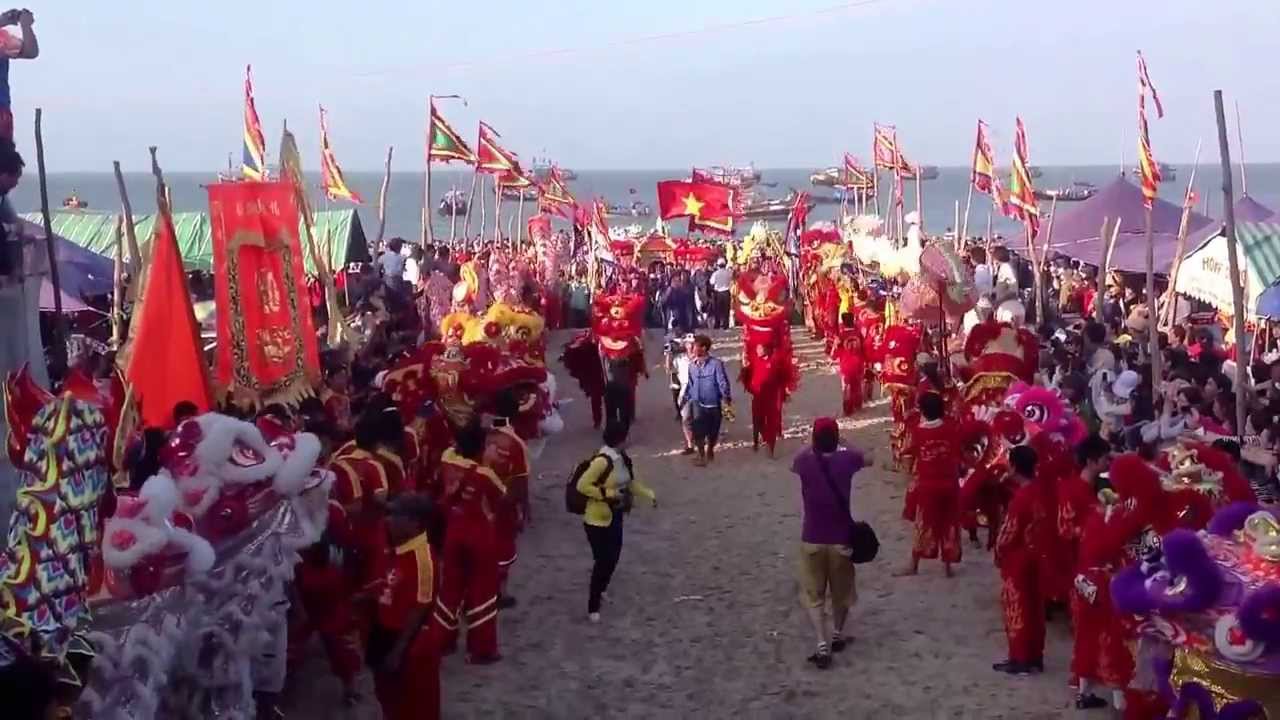 According to a legend, 200 years ago a girl named Le Thi Hong (nicknamed Thi Cach) from Tam Quan, Binh Dinh, her boat was at a thunderstorms, she fell into the sea and drowned. Her body drifts into Hon Hang. People in this area buried her and set up a temple near the sea. Since then she always ghost, dream auspicious and eradicate the disease, so in 1930 fishermen in the area established the temple and her name is “Long Hải Thần Nữ Bảo An Chánh Trực Nương Nương Chi Thần”. The temple was moved to the foot of Ky Van Mountain, which is now Dinh Co. Here on the 10th, 11th, 12th day of the second lunar month there is a big festival.

Before the day of the ceremony (10th and 11th day of the second lunar month), there are festivals on the sea. Tens of thousands of boat leaves brilliant flowers sealed on the beach, toward to Dinh Co. From the day of the ceremony (12/2 lunar calendar), from early morning the boats turned to the sea to celebrate Nghinh Co. A fishing boat is considered to be the best fishing of the year selected, with the throne, with heroes in the ritual, elders with formal dress and dragon dancers. Delegation of boats one by one sailed to the offshore with the sound of drums and gongs. Going around 2-3 nautical miles, aiming at where she died in the past, then the elders start the ceremony to welcome her, spirits and ancestor to the temple for the party.